"Phil Vane, the founding co-vocalist of the British crust punk/grindcore band EXTREME NOISE TERROR, reportedly passed away last Thursday (February 17) at the age of 46. Although no official cause of death has yet been released, it is rumored that he died in his sleep.


The surviving members of EXTREME NOISE TERROR have released the following statement regarding Vane's passing:


"The rumors are true. We're sorry to announce that Phil passed away recently. The band will make a full statement soon but for now we need to take the time to come to terms with this terrible loss."


EXTREME NOISE TERROR (often abbreviated to ENT) is widely considered one of the earliest and most influential European grindcore bands." 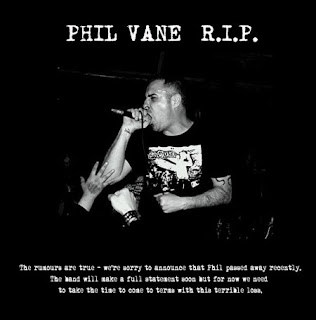 I always criticized ENT for playing mediocre crust but always praised them for their insanely awesome grindcore and their crustgrind fusion. They'll always be a legend in both scenes with their innovative crossover taking hints from bands like Napalm Death, Discharge, and Amebix. They were without a doubt one of the most influential bands in the punk scene to come from the UK.  You will be missed, Phil. In honor of Phil and Extreme Noise Terror, I shall be throwing up their debut album, A Holocaust In Your Head.

Extreme Noise Terror - A Holocaust In Your Head (1989) 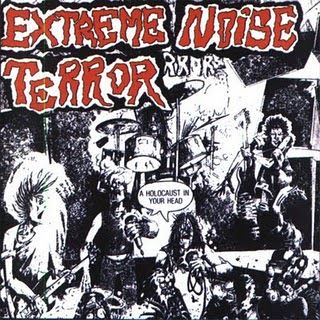