Now that Pat's out of rehab and living in Tuscon, AZ, he's had some time to collect himself and start a new band entitled The Reckless Madness Orchestra. Here he is by himself with new material at a show in Tuscon promoting his new lifestyle. Enjoy! 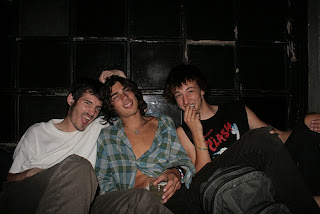 Download HERE
My good friend, Ike, hooked me up with two new Johnny Hobo and the Freight Train mp3s apparently that are some kind of bootleg from an even earlier demo. One the tracks, The Politics of Holy Shit I Just Cut Open My Hand On A Broken Bottle, actually appeared on their "Live At Bandit's H.Q." split with Captain Chaos but this track an electric version. Enjoy!
Johnny Hobo And The Freight Trains - Rare Tracks (???) 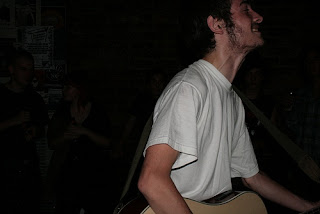