"Pedals On Our Pirate Ships is the “solo” acoustic act of Matt Seymour, former Attackula frontman. However, vocal, electric, percussion, and other acoustic elements are also integrated into his music to give it an almost folk background sound. These elements are provided from various associates of Matt Seymour such as Avail, Landmines, and Liza Kate. The lyrical content is a fairly diversified collection of Matt Seymours stories and experiences with friends in his former home, Richmond, Virginia."


Pedals On Our Pirates Ships provides a nice Southern sound to the folk punk mix. Their track, The Asshole King, just speaks to me in a such a way I cannot describe.

"Three Cheers for the Asshole king,
Four Beers before I can sing about this


Five years, not much has changed,
I'm still fucking up in the same ways,
Hip hip hooray"


A few tracks have female vocals but they weren't really needed and/or dominant so I decided not to throw them in the tags. If you're looking for some "twangy" folk punk with alt-country vibes then check them out! 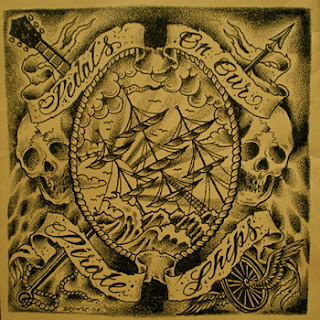