"Shades of Grey is a female-fronted Swedish d-beat/crust band who formed in 2005. They have two releases, a demo “A Self-Inflicted Exile” was released in 2006, and most recently released a split LP with Massmord on Profane Existence Records in the summer of 2008. They are currently working on their first full-length LP.
Members are: Diana: Vocals and guitar; Maria: Vocals and bass; Martin: Guitar; Sakke: Drums."

Fucking awesome band may I just say? Fucking neocrust at it's finest. You know know the advantages of having two females in a band? The fact that they can alternate in between vocals and just bring it hard with the occasional male growl. It's almost as if they're the more melodic version of Witch Hunt! I've listened to this album a few times before and it didn't really catch my eye until now. They've put out a split in 2008 fellow crusties Swedes, Massmord. Is it just me or are they long overdue for another album? :3 Check it. 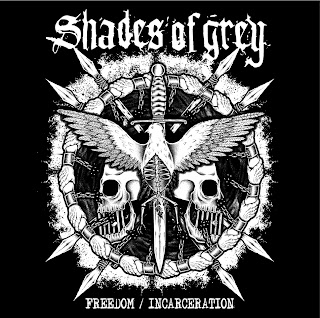