"Busting outta tha ghettos of Orangeville… Beyond Decay was formed around late April of 2006, where former hardcore punk band, The Reputed, decided to expand on their musical foundations (in the least unoriginal sense). They’re known to have their own specific style, with a mix of ska/reggae/punk, and a little taste of some trip hop and hardcore.Although Beyond Decay’s opinions aren’t universal and vary throughout many of their songs, concerns of homophobia in society, racism, the capitalist system, hidden corporate agenda’s, mass media, mass consumption, change, and ignorance, are some of the topics their music touches on. Lyrics differ from politically charged songs to some positive messages found in the reggae/dub songs such as, “Until the day the world unites, we will never rest.”Beyond Decay has proven time and time again, that they are a force to be reckoned with in the ska-punk scene. The release of their first EP “Buds Not Bombs” had a great success, selling the first 100 copies at their CD Release show. With a full length on the horizon, Beyond Decay shows no signs of slowing down. So keep yer eyes and yer ears open, because Beyond Decay is currently busy recording their full length album, releasing it in September/August 2007 and a split with Corporation due out July 6th."


I fell in love with Beyond Decay back in the summer when I was out on my hopeless journey to find a job. I had really gotten into the whole crack rock steady thing and decided to pick up some Beyond Decay. When I first listened to them they kind of skimmed over my mind but the second time around the track Sick Of It All caught my ears and I listened to it non stop the new few days. What I love about Beyond Decay is the fact that they have incorporate a lot of reggae and dub into their usual skacore, unlike most CRS bands. The album's main focus is targeting the Bush administration and the downfall of the government. Another thing I love about this album is that it displays a lot of rapping which in some cases makes this album a lot more desirable. If you're looking for something similar to B-squad or Night Gaunts this would be your safest bet. 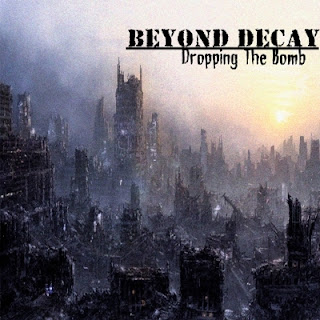