The Saddest Landscape - After The Lights (2012)


"The Saddest Landscape is a band from Boston. They play an authentic style of emo, combining influences from the original “emo” sound with the more chaotic sounds of the later “screamo” bands of the 90s.


I've been long overdue for a new update and this latest release inspired me to do just that. The Saddest Landscape, one of screamo's most highly respected and current bands, are back with a new album entitled After The Lights. Take what you know about this band and amplify it times a thousand and that's what you're getting from this latest material. It's evident that there's a lot of emoviolence as well as some melodic post-hardcore passages. The one thing that strikes near and dear to me about this album is that they take an older band like Orchid, throw in some trve emo, some punk rock, and take you on their own rollercoaster ride of emotion. If you're a fan of screamo vocals (who the fuck isn't?) you're going to absolutely LOVE this album. The way they blend in with the passionate snare drumming for an emotional whirlwind only suspects me to think that they wanted to capture the hearts of the fans and make us feel proud to be fans and I'm proud to say that I listen to The Saddest Landscape. Just you wait, the way the album ends will have you speechless. A band that can start lyrics with "When you got home from the hospital..." and pull it off so it doesn't some 15 year old complaining about their emotional bullshit is a winner in my books. I don't know what got into these guys when making this album but it's definitely my favorite release so far. 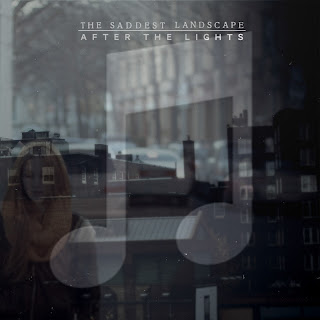 Email ThisBlogThis!Share to TwitterShare to FacebookShare to Pinterest
Labels: screamo