This was a rather hard find for me so be sure to grab it right on the spot! Out from the depths of Athens, GA, This Scares Me has their turn in reinventing the whole thrashcore sound by throwing in some female vocals, walking basslines, and some screamo elements. Usually when you think of Athens, GA you think of indie pop and folk punk bands but TSM rises to the top to pump out their one of a kind sound fit for fans of anything hardcore. This production is a bit lo-fi but that shouldn't stop you from enjoying this killer album! If you're looking for a female fronted Weekend Nachos with a bit of some original riffs and sick basslines this would be right up your alley. Check it.


You guys need to watch this video. Their set gets broken up via a bike cop. Ahahahaha! 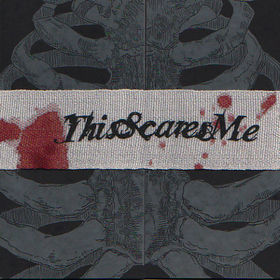