"Spoonboy (born 1983) is a member of Washington, D.C.-based punk-pop band, The Max Levine Ensemble. He plays guitar and sings in this band, and has also released a solo acoustic album on Plan-It-X Records in 2005 entitled, “I Love You, This Is A Robbery” and “The Papas” in 2011. Spoonboy was born in Takoma Park, Maryland."


It's been nearly six fucking years since Spoonboy has put out the album I Love you, This Is A Robbery. On this glorious day, this ex-The Max Levine Ensemble member is back with a full-length album entitled The Papas. What's neat about this album is that he recorded two version; one acoustic and the other is electric respectively. I must admit, I fucking LOVE his electric album hell of a lot more than the acoustic one. I'm not sure why but I just do. To me, it just has a nice more clearer and crisp sound and his voice flows a lot more with the an electric guitar. Don't get me wrong though, his acoustic album is beautiful too! Just think of Spoonboy's previous album, throw in a bunch of bunnys and rabbits, and some angst and that is essentially The Papas. WHO DOESN'T LOVE SPOONBOY? HE'S ADORABLE AS FUCK! One of songs on the albums, Gearld Lee Palmer, blew my FUCKING mind. At first, one of the lyrics "belly up, bellllllly uppppppppp, belly uppppppppppp, SHE'S FALLEEEEEEEEEN" caught my ears but as I started to listen to the song more and more I digested what exactly waht going on within the song. It's about one of Spoonboy's friend, whose dad pretty much neglected her entire life and her fathered wondered why she was a fuck up, and ended "belly up". After she moved away, her dad's life goes to complete shit and tries contacting her only to become "belly up", just like what happened to her. I only learned this through a youtube video of course but just thinking about it and watching the video only makes me understand it even more. Okay, I'm just rambling. Fuck this. Here's Spoonboy's new albums both in electric and acoustic. Take it or leave it, fuckers. 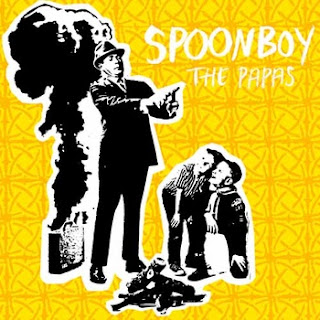 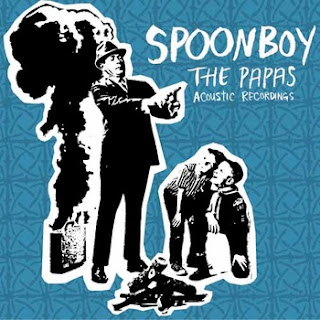