"“Driven by unhealthy amounts of alcohol, Oak and Ecstasy brings furious grindcore/thrash metal to the den for rabid animals to feed on. At the bottom of every empty 2’6, from the sound of an empty aluminum can meeting the floor, spawns another track, coated in schizophrenic, blistering extremity.”Oak and Ecstasy was formed in September of 2009. As another side project of Jordan Jongema (…Venocide…, …Human Collapse…). You won’t know what to expect when hearing O & E’s tracks… Some are drowned in melancholic guitar ambience, others are splattered with head-banging groove… In other words, it’s all schizophrenic here. …"


If you guys are familiar with Qafffurknijjgarh then you'll definitely need to consider Oak And Ecstasy. I was actually searching around for some new experimental grindcore bands on last.fm similar to Qafffurknijjgarh and happened to stumble across this little project. Besides Le Scrawl, Oak And Ecstasy seem to be one of the better bands that really take different elements of grindcore and combine them into one to actually sound like they exist as one. Qafffurknijjgarh was cool and all but I think they could of gone a bit more above and beyond than what was expected and I think Oak And Ecstasy is the answer. Some songs start out with very slow guitar picks and melodic overtones as if they're some kind of post-rock group. Others are straight just forward blasting in your face with guttural as fuck vocals. And then some combine the two, which is where you get the best rendition of how the band truly sounds. I decided to throw up both albums because I couldn't decide which one I like more. Rations, their 2010 EP, seems to have a lot more of an ambient influence but still preserves their previous grindcore antics but this album best represents their style of playing. 13 Hits Of E has a few more tracks, has a lot more grindcore influence, and even has covers of Nasum, Napalm Death, and Regurgitate. Hell, he actually make goregrind enjoyable for once. Right on, dude. I've been listening to this band all day and I fucking love them. The production is great, the fusion is beautiful, and I just can't seem to get enough of his work. 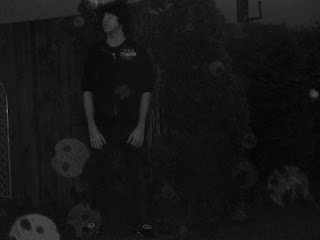 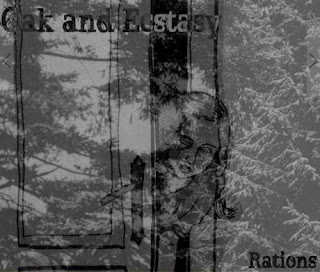