"MISANTROPIC was born in late 2007 by members Matte, Johannes, Rille, Zoid and Eken. We had all been, or still are, members of other local hardcore/punk/grind bands (but thats another story.) After a few local shows we recorded a split EP with Deathrace, released in 2009.The original lineup went through some big changes after the release of the EP: Matte and Eken switched their instruments (it made more sense really!) and Johannes left the band due to him moving down south. Gerda Berglund, who used to sing in local grindcore maniacs Bingo Ume, took his place. In 2010 the "Insomnia" CD was recorded and released with the new lineup."

Take the crust-y Darkthrone, make it sound less sucky, throw in some female vocals, give them an After The Bombs CD, and tell them to make music. The end product is Misantropic. 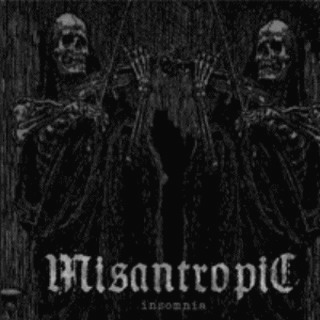