"Nuclear Death Terror is a anarcho-crust punk band from Copenhagen, Denmark. They have released a demo tape, a full length LP and a 7” on Plaguebearer Records."


I picked up this discography earlier in the night and was thinking to myself, "This is probably going to be a typical rip off of Amebix or some shit". BOY! Was I wrong or what? This band instantly got me hooked with the first riff of the first song and when growled lyrics come on I was in pure bliss... These guys take the word "extreme" to crust. Their guitarist playing is fast as all fuck and bring that stenchcore sound to crust. Who would of thought these homeless mother fuckers actually knew how to play guitar nonetheless play it well? They aren't your typical crust band seeing as how they're from a Scandinavian country (unless it's Swedish crust/d-beat) but that doesn't know they mean how to fuck shit up. If you're a fan of Amebix, Deviated Instinct, Icons of Filth, and Skaven I'd DEFIANTLY recommend you pick up this discography. 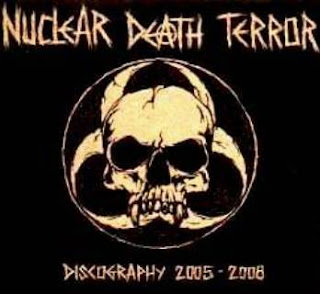