"Le Scrawl was formed by Mario and Peter in 1989. Initially playing typical grindcore they eventually blended it with a bunch of different musical styles - not necessarily stuff they’re huge fans of, but music they’re listening to occasionally, like jazz, ska, swing, etc."


Le Scrawl isn't QUITE as gimmicky as they seem, trust me. The fusion of grindcore and jazz with hints of ska and swing make it very fun and easy to listen to even if you're not a find of grind. I don't think Le Scrawl tried to be "different" or anything in that regard but just incorporate otherwise ignored elements into their music. They are truly a one-of-a-kind band that you won't find any place else. I'm glad there aren't any other bands that sound as insane as these guys because it'd just ruin it for me. 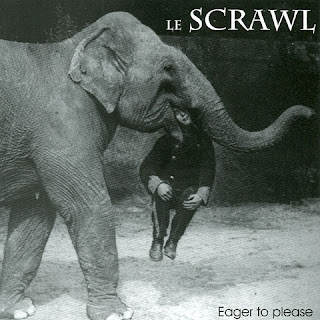