"After a year of Drummer issues, Hammers have called it a day. I would expect to see other bands form from the ashes of Hammers though. Hammers are a crust influenced hardcore band from Manchester, UK. Featuring former members of Dreams Are Free Motherfucker, Anxiety Attack and The Secret. So far, they’ve put out a self titled 7”, which was self-released, a cassette entitled “Year One” on Hit Time Records, a split 7” with Jesus Of Spazzareth out and a one sided 12” called Orogeny. This year will see a slew of split 7”s with the likes of Crocus, Dolcim, Alpinist, Canyons and Manatees to follow. Also a (late) year 2 cassette and probably some more."


I'm going to be HIGHLY fucking disappointed if the rumors about whether or not Hammers breaking up are true. Seriously, WAY TO BREAK MY FUCKING HEART, LAST.FM! :< It says they're still touring and have yet to put out some splits this year so that's a good thing. Right? ANYWAYS, lets talk about Hammers. The first thing I thought about Hammers was HOLY SHIIIIIIIIIIIIIIT what is all this chaotic shit doing in my music?!?! They remind me of Enabler but only x10 harder and a lot more of a crustier and chaotic sound. Hell, I'd even go far as saying KEN Mode minus all the overwhelming sludge influence. I don't think all the tags I threw on them are necessary but I just want to get the point across that they're not your average neocrust band. Now, I couldn't decide which release I liked more so I decided to throw up both. Year One is  is actually a compilation of three unreleased tracks, their 2009 self titled album, and their splits with both Jesus Of Spazzerath and Dolcim. Year One's tracks seem to be a lot more screamo/chaotic hardcore/mathcore influenced with some heavy sludge riffs and strong d-beat patterns. Orogeny is their only release album and it's a bit more hardcore punk influenced but still kick ass in it's own sense of crusty hardcore playing. Most resembling Oroku or Enabler, like I stated above. You can find all these albums plus two unreleased tracks on their bandcamp website. 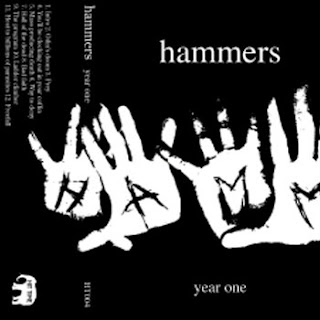 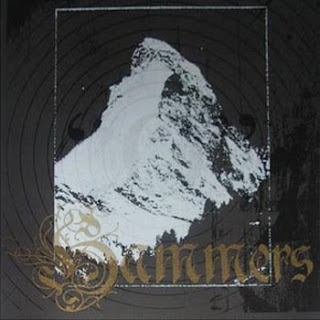