This is the complete discography of the powerviolence band Shaolin Finger Jabb. Unfortunately, I don't have a description for them but from what I've heard so far, you can tell that they try to bring back the old school way of playing powerviolence with the random chord progressions, Spazz-influenced locals along with comedy track names. This is pretty much as straight up powerviolence as you're going to get. Don't dismiss it for the raw noise either because that's what makes it fantastic. 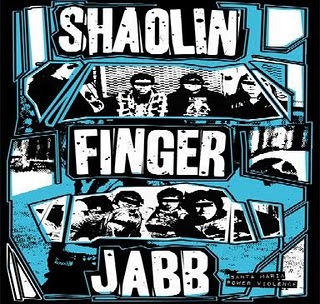